So hard to say goodbye…. 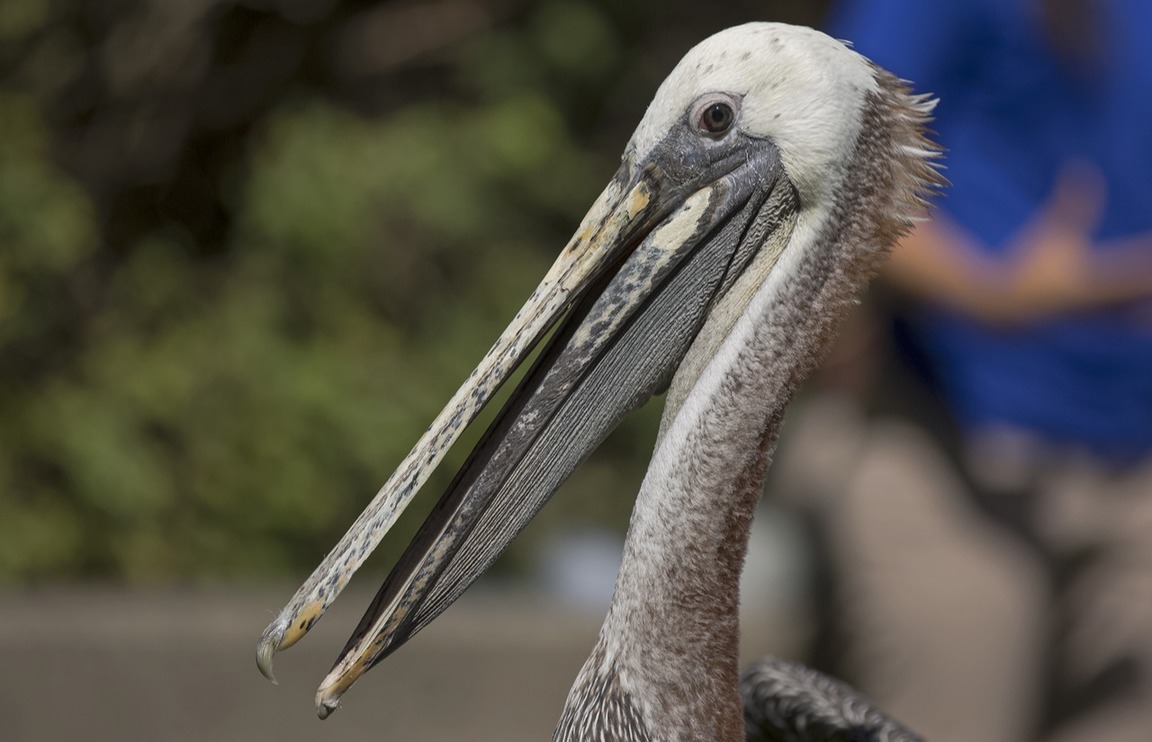 We are saddened to announce the loss of JoJo the Brown Pelican, one of our beloved ambassador animals.
When JoJo displayed signs of feeling unwell, our aviculturists immediately provided her with critical care; despite these efforts, JoJo passed.

A necropsy will be performed to gain insight into the cause of her death. Before she came to the Aquarium, JoJo was under human care at the Wildlife Center of the North Coast, where she received treatment for a shoulder injury. While she went through months of rehabilitation, she was ultimately deemed non-releasable and found a permanent home at OCAq in October of 2013.

JoJo was trained by OCAq aviculturists to follow a specially constructed path from the behind-the-scenes pelican enclosure out to a stage, where she acted as an animal ambassador, participating in educational presentations. Her caretakers often described her as a joy to work with, stating she had enthusiasm for the stage.

Ambassador animals such as JoJo act as vital representatives of their wild counterparts, connecting people with wildlife and inspiring conservation. While we are devastated by this loss, we are grateful for our time with this incredible animal who made such a difference in the lives of our staff and visitors.