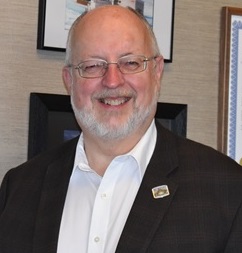 Over the past three years, the City of Newport’s elected and volunteer leadership has been looking for ways to address upcoming budget shortfalls and preserve the level of services that residents and visitors are accustomed to receiving. One of the pieces in that puzzle is the possibility of a five-percent tax on prepared food and beverages – levied directly on the consumers. A public hearing will be held to decide whether to put this matter on the November 2021 or May 2022 ballot at the July 19 City Council meeting.  The city’s Finance Work Group spent three years developing a proposed system for protecting the city’s long-range financial condition. This work included identifying options to address the structural deficit in the city’s General Fund by reducing expenditures and/or increasing revenues; and developing a Five-Year Financial Plan for the city to achieve financial sustainability.

The City Council approved this Plan on March 1, 2021, and a link to the Plan is on the City of Newport website home page at www.newportoregon.gov. This new assessment is a key part of that plan, because it corrects a disparity that currently exists in our local system. Though the city serves around 10,000 residents, we have increased stress on city systems and facilities from a large influx of visitors. Newport, which has a population of approximately 10,000, is stretched to meet the needs of 30,000 people inside the city limits at any given time during peak tourism season. This tax would help ensure that visitors are shouldering a portion of the burden to preserve our city’s quality of life, which they enjoy as much as our residents.

Work group planning included determining how to properly maintain the 48 public structures and facilities supported by the General Fund, such as the Library, Performing Arts Center, Visual Arts Center, Recreation Center, 60+ Center, numerous parks and trails, fire stations, City Hall, the airport, public restrooms, and other key facilities, and how to meet public safety needs in a community highly impacted by tourism. These are many of the amenities that make Newport such a wonderful community for those who live, work, and play here. Many of the city’s facilities currently require significant investments to lengthen their lifespans and reinforce their ability to serve residents and visitors for many years to come. Currently, there is a significant gap between available resources and the estimated costs to replace roofs, windows, and siding, as well as complete the interior maintenance that these buildings need.

The Finance Work Group reviewed options to address these issues. The first step was a series of budget cuts designed to improve efficiency and maximize the city’s ability to do more with less. Part of that effort included eliminating 22 full-time equivalent positions, effective July 1, 2020, as well as a mandatory furlough of 12 days for all non-represented employees. After reviewing cost-saving opportunities, the work group focused on revenue options that would distribute the burden more fairly between visitors and residents using city services. Instead of resorting to special tax levies, public safety fees, and other charges on utility bills to meet needs, the work group recommended focusing on ways to draw revenues from the actual users of the infrastructure.

Instead of recommending closures of city facilities, a general tax increase, or an assessment to residents and business owners, the work group recommended that the city consider a prepared food and beverage tax to fund maintenance and improvements to facilities that make our community special, like the Performing Arts Center, clean up and improvement of parks and other public spaces, as well as increasing staffing for the Police and Fire Departments to adequately respond to community needs. The prepared food tax, if approved by the voters, would take effect in July 2022. The Cities of Ashland and Yachats have imposed a food and beverage tax for years, and they report positive outcomes for their parks and local services, which are also routinely stressed with an overload of out-of-town visitors.

The Finance Work Group outlined in the report March 1, 2021. During the first year of collection, the prepared food and beverage tax would be used as follows:

* Funding Use – Replacement and purchase of equipment.  Estimated Amount: $1,050,000.
* Funding Use – Maintenance and upgrading 48 city-owned facilities and parks with current value of $50 million
* Estimated Amount: $200,000.
* Funding Use – One-time business grants to assist prepared food operators for collection of this tax
* Funding in future years would be used for continued support of the added positions; support for police, fire, library, and equipment purchases at a minimum of $600,000 per year; and improvements and renovation of city facilities and parks at a minimum of $1,050,000 per year.
* The City Council has retained the services of Rick Osborn, Blue Ridge Strategies, LLC, to help guide the City with these ballot proposals. This includes assuring that any information issued by the City conforms with the Oregon Secretary of State’s Safe Harbor provisions.
* Blue Ridge Strategies will assist the City in developing information on the prepared food and beverage tax, as well as the gas tax, to assure that the information provided by the City is unbiased and educational with the intent for the City to have the information reviewed by the Secretary of State’s office to gain Safe Harbor status.  In addition, we have asked Blue Ridge Strategies to assist the City in determining the timing for referring these matters to the voters, and whether the issues should be taken together or separately.

* The recommendation from Rick Osborn is for the Council to consider putting these both before the voters for the November 2021 ballot. I agree proceeding with a November election and having the voters determine whether to implement a food tax is in the best interest of both the city and those businesses that would be impacted by the food tax. This would give a substantially longer window of time for both the City and the businesses impacted by the tax to prepare for a July 1 implementation date, if the measure passes. If the measure does not pass, then that provides additional lead time for the City to determine whether to consider requesting a special tax levy in the May election, or consider further reductions in operations to shift existing funds toward the reinvestment that is required for many of the city’s facilities in the future. If this measure does not pass, the City could consider adding fees for public safety or other purposes on the utility bills, as many Cities have implemented in recent years.
* The City could also take an additional look at ways to modify the original request and run some sort of revised request before the voters in May, as well, should the proposals fail in November. The City Council has the authority to implement this sort of tax without a vote of the people, but the Council felt very strongly that a major new tax such as this should be decided by the voters of Newport.Please lend your voice to the conversation and submit public comment to publiccomment@newportoregon.gov at least four hours prior to the July 19 public hearing at 6:00 P.M.