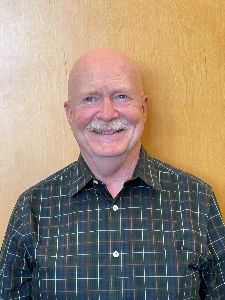 Powell indicated, “I have enjoyed working as a consultant, but I am looking forward to getting back to direct service delivery. Newport has a lot of challenges and opportunities. I will be able to use my background to work with public works staff, city administration, and the City Council to identify key priorities and take strategic actions to continue strengthening service delivery to maintain the City’s infrastructure.”

Powell has worked for more than 17 years for the El Dorado Irrigation District in Placerville, California, in a number of capacities closing out his career there as District Engineer. The District provides drinking water for homes, schools, and businesses, recycled water for irrigation, wastewater collection and treatment, and produces hydroelectric power through district owned and operated dams, reservoirs, and 23 miles of flumes, canals, siphons, and tunnels. The district also owns and manages several outdoor recreation sites. Powell also worked on a consulting basis primarily related to water, wastewater, stormwater, flood control, and hydropower. He obtained a Bachelor’s Degree in Civil Engineering from Seattle University and a Master’s Degree in Civil Engineering from California State University, and in Organizational Management from the University of Phoenix.

Powell owns a home in Newport which greatly eases the challenges of relocating. Newport City Manager Spencer Nebel welcomed Mr. Powell saying “We are very happy to have David on board. He brings a wealth of knowledge and experience that will allow the city to continue to move forward in providing services ranging from streets, water, sewer, storm water, and other facilities.”

Nebel stated, “I greatly appreciate the professional job that Clare and Chris have done during a difficult period of time to keep things moving forward in the city. Former Public Works Director/City Engineer, Tim Gross, left big shoes to fill.”